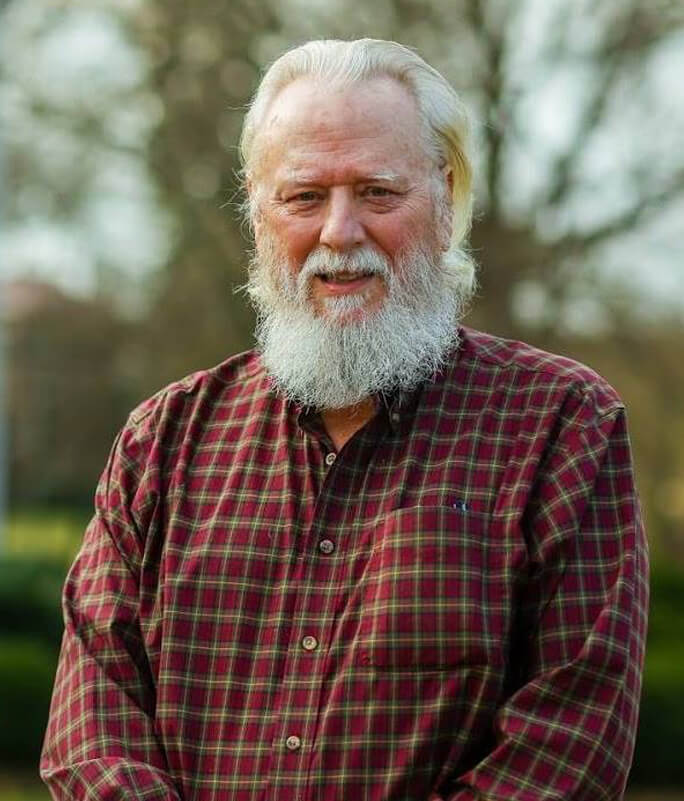 The Rev. Dr. Paul R. Hinlicky is the Tise Professor of Lutheran Studies at Roanoke College, where previously he had held the Jordan-Trexler Professorship of Religion and Philosophy. He also teaches part-time for the Institute of Lutheran Theology (ILT). He was ordained as a pastor in the Lutheran Church in America (LCA) in 1978, and he was the pastor of the New River Parish, Blacksburg, Virginia, in partnership with his wife Ellen (2003-2008), and previously assistant to the pastor at St. Mark Lutheran Church, Roanoke, Virginia and interim pastor at Christ Lutheran Church, Roanoke.

He was visiting professor of systematic theology at the Protestant Theological Faculty of Comenius University in Bratislava, Slovakia, from 1993-1999, where he earned the title “Docent” in 1999 on the basis of the successful defense of his habilitation work, “Buducnost Cirkvi: Co by pre nas mal znamenat lutheransky-katolicky dialog?” (“A Future for the Church: What the Lutheran – Catholic Dialogue Should Mean For Us“). He holds a B.A. from Concordia Senior College, Fort Wayne, IN, an M.Div. from Christ Seminary-Seminex, St. Louis, MO, and a Ph.D. (1983) from Union Theological Seminary, New York, NY.

While still a graduate student at Union, he served as assistant pastor in several New York City parishes, until he became research associate for the Department for Church in Society of the Division for Mission in North America of the LCA, a position he held for almost four years. In 1985, he became the pastor of Immanuel Lutheran Church, in Delhi, NY, a post he held until 1993.

Hinlicky has served on the editorial council of dialog and Lutheran Quarterly and as associate editor of Pro Ecclesia. He serves as a Book Review editor for the 16th Century Journal in the areas of religion, philosophy and the rise of natural science. He served as editor of Lutheran Forum, 1988-1993. In 1991, Theophilus Press published his Mission to the Catskills: A History of Immanuel Lutheran Church of Delhi, New York. He has published numerous academic articles and book reviews and chapter length contributions to books, as well as many popular and occasional pieces. He published books include The Substance of the Faith: Luther’s Doctrinal Theology for Today (Fortress, with Mickey Mattox and Dennis Bielfeldt) and Paths Not Taken: Fates of Theology from Luther through Leibniz (Eerdmans). Luther and the Beloved Community: A Path for Christian Theology after Christendom (Eerdmans) and Divine Complexity: A Theological Account of the Rise of Creedal Christianity (Fortress, 2010). ALPB Books issued a collection of his sermons, Proclaiming God’s Word according to Luther’s Doctrine to Americans Today in 2010.

He is has been married to Ellen (née Christiansen) since 1974, and their union has been blessed with a daughter, Sarah (Princeton Theological Seminary, PhD, 2008) who is research professor at the Ecumenical Institute in Strasbourg, France; and a son, William (B.A. in Theology, Roanoke College, 2008) who served in Operation Iraqi Freedom, and gave three semesters of volunteer teaching of English at the Protestant Faculty in Bratislava before returning to Roanoke College to pursue a second B.A. in Psychology. Sarah became Sarah Ellen Hinlicky Wilson in 2003, joined in holy matrimony to Andrew Lars Wilson of Yakima, Washington. Andrew earned the Ph.D. in Church History at Princeton Theological Seminary in 2009, and finished a Post-Doctoral Fellowship at the University of Geneva in 2010. They have a son, Ezekiel.

The Rev. Dr. Hinlicky will explain how the Holy Spirit “disappeared in Lutheranism” during the Braaten-Benne Lectures in Theology.