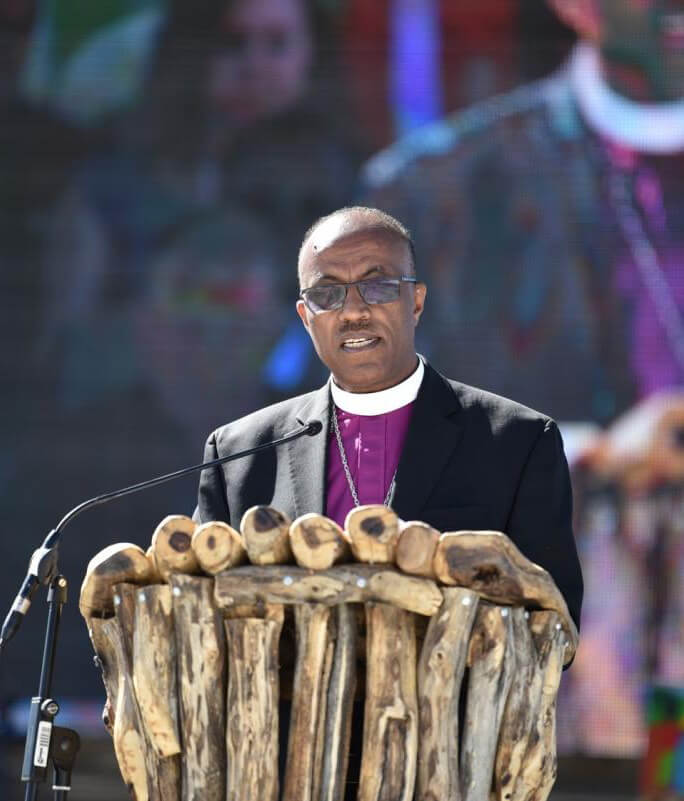 President Yonas Yigezu pursued his early education in Horest Spinnings Junior Secondary School in Challia, Wollega, Ethiopia and Ghimbi High School. He then studied at Westhill College in England, where he took his advanced diploma in church management and at Manchester University where he earned a bachelor’s degree in development management policy and a master’s degree in management and economic policy. He earned his Master of Divinity at Union Theological Seminary in Richmond, Virginia in 2006. Currently he is pursuing his Ph.D. at Concordia Theological Seminary, Fort Wayne, Indiana.

President Yigezu was ordained in 2006 in West Wollega Bethel Synod, Danbidolo, Ethiopia. He served as the Ethiopian Evangelical Church Mekane Yesus (EECMY) director for mission and theology until 2017, when he was elected president of the EECMY. The EECMY became a national church in 1959. By the end of 2016, it had 8.3 million members in more than 8,500 congregations throughout the country; it is considered the largest Lutheran church in the world. President Yigezu and his wife, Ayantu Dufera, have 4 children.

President Yigezu will be joining us as a keynote speaker and panelist during the Mission Festival.